Having had a fantastic week in Croatia, it was time to make the biannual journey to the Netherlands to stay with Nadine’s family. I love Holland, particularly the Limburg region – there is an overwhelming sense of calm. A chance to truly relax. This trip however, would be where I realised a dream and where consequently, a German man in his 50s would ruin my life.

The proximity of Landgraaf to Germany and specifically the town Nürburg makes it convenient for a day trip to the infamous Nurbürgring or Nordschleife racing circuit otherwise known as Grüne Hölle – “Green Hell”. Anyone who knows me will know that I have an obsession with cars and a particular interest in German cars (you may notice from my photos that I have a desire for a particular brand of German automobiles) the Nürburgring was a dream destination.

We made the journey south east into Germany and towards “The Ring” in the affectionately named “Bogey”, Nadine’s ‘not so cut out for the Nürburgring’ Renault Twingo.

It had to be done!

On arrival we found a decent viewing point of the track, known as ‘Youtube Corner’ a tricky corner that catches people off guard – where all the crashes happen! We arrived to see one of the track ambulances screeching around the corner, perhaps not the best sign. The Nordschleife was quiet. We came to realise that we must have arrived while the track was being used for manufacturer testing. We only spotted a few cars on the track a few of which were wrapped in anti-media cammo. We subsequently came to learn that the track would only be open for 2 hrs from 5pm for the ‘Touristenfahrten” when the track was open to the public. So we made our way to the Nürburgring GP circuit which was also fairly deserted… There were however, a good deal of cool cars bombing around the roads in proximity of the Nordschliefe. We made our way to the Tourist entrance of the Nordschleife. The carpark was full of exotic, fast and modified cars. By this point you’ve probably realised that I have a soft spot for Porsches!

‘The Beast of The Green Hell” 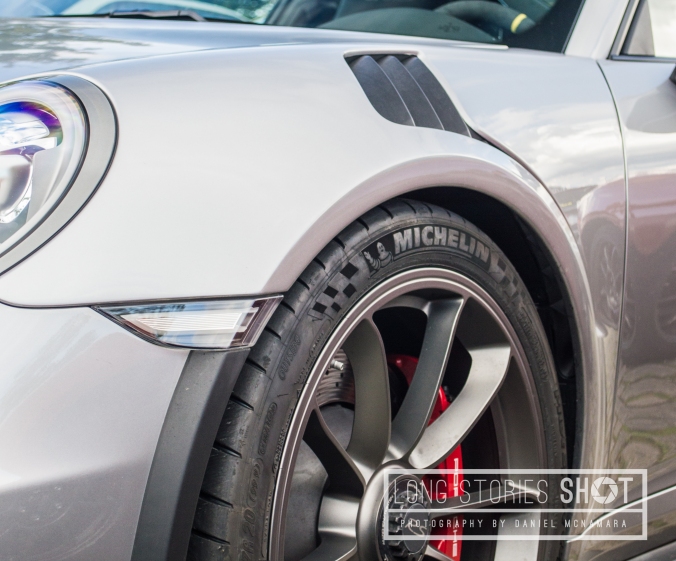 We made our way to the starting gates of the Nordschleife at 5:30 to see many excited car enthusiasts take to the notorious track to test their driving skills, tyres and nerve on the Green Hell.

Ring Taxis line up for the first lap on the Nordschleife 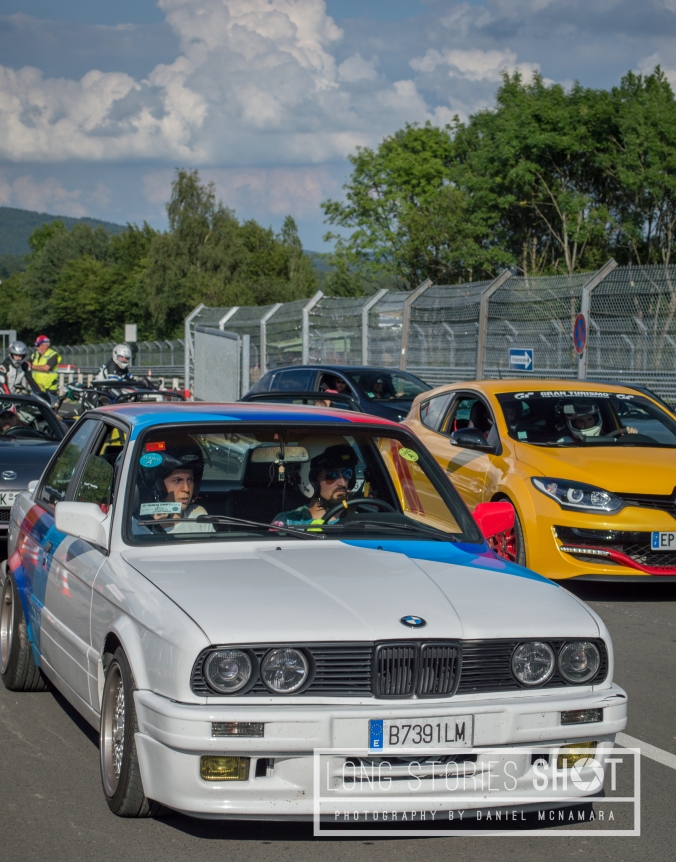 Some cool Bavarian metal on show So, how did a middle aged German man ruin my life? He didn’t announce that he was my biological father, neither did he touch me inappropriately, No. What he did do is drive me around the Nordschleife in a 500bhp Porsche 911 GT3RS at full speed, taking corners impossibly fast and overtaking cars and motorcycles allowing a hair’s breadth of space between them and us. Theo Kleen, owner of RingTaxi.de and racing driver with between 15 and 20 thousand laps of the Nordschleife, powered me around the 21km technical circuit in less than 8 minutes, approaching some corners at 200km/h before slamming the brakes on. The forces that were being put on my body were unbelievable and were both confusing for my brain and vomit inducing (it took me a while to recover from the lap). Theo ruined my life as; I know I will never go that fast in a car again, I will never experience that thrill, power and driving ability. I probably will never be seated in such an impressive or expensive car again – The fast lap is one of the highlights of my life. Laughable to some, probably, but it was an experience that left me both dumbstruck and delighted.

I have made a video edit of my lap. Excuse the wobbly camera handling skills – I’m not a videographer but the video does go to show how the body was shifted through corners, through acceleration and deceleration. I have also given a little nod to the Gran Turismo franchise by including a track from the original game on the PS1; ‘Sweet 16’ by Feeder.

Pulling away from the starting gates

You can just make out my beaming smile from this photo from racetracker.de. Theo was steaming around the track casually waving to the photographers dotted around behind the Armco barriers.

Theo spoke the whole way around the track. Informing me of his technique for cornering, predicting the behaviour of other drivers and informing me of dangerous corners. As we approached the infamous ‘Bergwerk’, the corner that nearly claimed the life of F1 champion Niki Lauda in 1976, Theo stated; “This corner is where Niki Lauda’s car burst into flames.” before planting his foot on the accelerator unleashing a surge of pure power and noise from the GT3! All I could do was laugh. I was confident in the abilities of Theo and more so the impossible grip of the Porsche as its huge rear wing pushed us firmly onto the asphalt.

Trying to snap photos from the cockpit 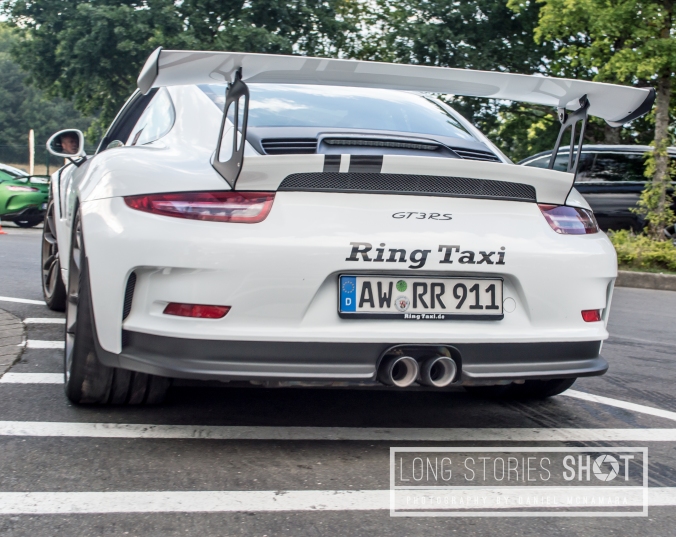 One thought on “Nordschleife, Nürburg – Germany”