In a school break I try to get away on holiday, however this half term I spent 3 days on my back repairing my car so wasn’t able to go away. I still wanted to be beside the seaside so I took a trip down to Brighton.

I love the feel of the place especially the quirky little shops – ‘Snooper’s Paradise,’ a huge antique shop is one of my faves and of course Brighton is home to ‘Guitar, Amp and Keyboard’ – a music shop that I like to slowly walk around drooling over guitars and amplifiers that I can’t afford.

There’s something unique about British seaside towns, the filth, the rust, the disrepair – but for me, Brighton manages to still uphold a bit of cool. 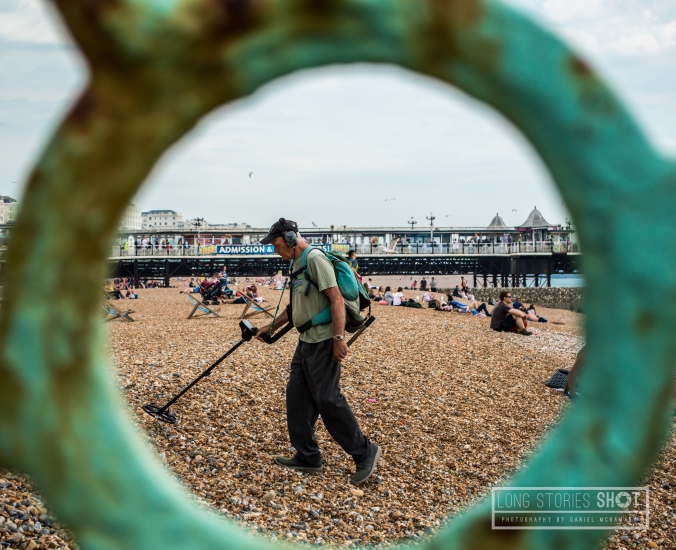 Reaping the rewards of loose pockets I like birds, I also like photographing them. They’re amazing creatures but seagulls – no, not for me. I feel myself constantly watching the sky for the next bombardment of faeces – I narrowly managed to avoid a splattering by tracking a dropping from about 20m up. I find them aggressive and intimidating.

The seagulls do remind me of one experience of live karma I observed on a trip to Brighton a couple of years ago. I was attending a gig at ‘Concorde 2’ on the seafront and was having a few beers on the beach watching some kids throw stones at the seagulls. They were probably about 10 years old. I watched them in disgust as while I don’t like seagulls, I wouldn’t intentionally abuse them. I was getting more and more angry as I watched the children’s family fail to intervene with their child who was being outright horrible and as a teacher, I very nearly intervened myself… Until the boy who was throwing the stones opened his pack of Walkers cheese and onion crisps… I had become aware of another girl watching this unfold… The gulls attacked the boy for his crisps and he screamed hysterically. The other girl on the beach acknowledged what we had seen and both chuckled approvingly as we witnessed karma in action. 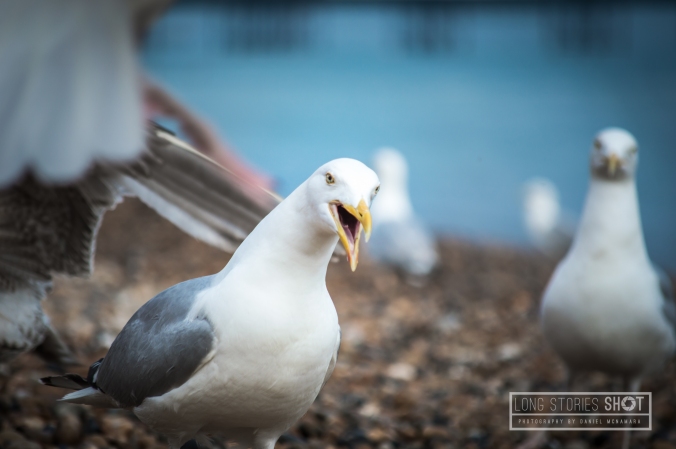